CONCERT PROGRAM
RIMSKY-KORSAKOV Scheherazade, Op. 35
The Sea and Sinbad’s Ship
The Tale of Prince Kalendar
The Young Prince and the Princess
The Festival at Baghdad—The Sea—The Ship Goes to Pieces on a Rock 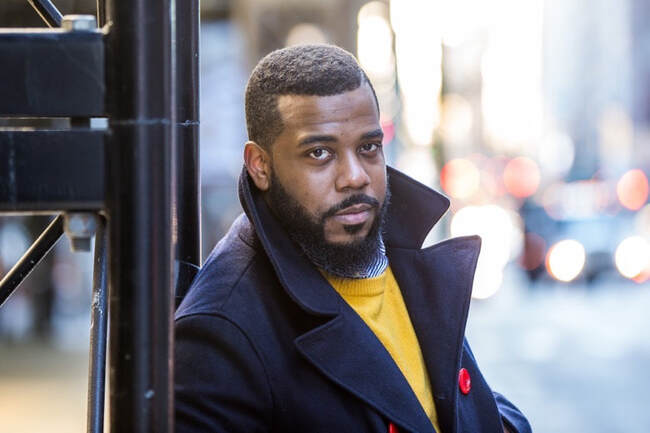 Lauded by The New York Times as a “terrific singer” with a “deep, rich timbre” and the San Francisco Chronicle as an “opera powerhouse” with a “weighty and forthright” sound, Sidney Outlaw was the Grand Prize winner of the Concurso Internacional de Canto Montserrat Caballe in 2010 and continues to delight audiences in the U.S. and abroad with his rich and versatile baritone and engaging stage presence. A graduate of the Merola Opera Program and the Gerdine Young Artist Program at Opera Theatre of Saint Louis, this rising American baritone from Brevard, North Carolina recently added a GRAMMY nomination to his list of accomplishments for the Naxos Records recording of Darius Milhaud’s 1922 opera trilogy, L’Orestie d’Eschyle in which he sang the role of Apollo.
​
Last season for Mr. Outlaw included his Dandini in La Cenerentola with Greensboro Opera, appearances with the Charlotte Symphony, the Bridgehampton Chamber Music and Colour of Music Festivals, his Spoleto Festival debut as Jake in Porgy and Bess, and Madison Opera’s Opera in the Park. The 2016-2017 season includes Mercutio in Roméo et Juliette with Madison Opera, Vaugh Williams’ Dona nobis pacem with the Memphis Symphony Orchestra, a recital with Warren Jones, and a return to the New York Philharmonic.

Mr. Outlaw has been a featured recitalist with Warren Jones at Carnegie Hall and performed Elijah with the New York Choral Society. He traveled to Guinea as an Arts Envoy with the U.S. State Department, where he performed a program of American music in honor of Black History Month and in remembrance of Dr. Martin Luther King.

Mr. Outlaw made his English National Opera debut in the 2011-12 season as Rambo in The Death of Klinghoffer and joined the Metropolitan Opera roster in 2014-2015 also for The Death of Klinghoffer. Recent engagements include Dallapiccola’s Il Prigioniero with the New York Philharmonic, Schaunard in La bohème with the Ash Lawn Festival, and Guglielmo in Mozart’s Cosi fan tutte with North Carolina Opera. Other mainstage roles include Figaro in Il barbiere di Siviglia with Atlanta Opera, the title role in Moses with the American Symphony Orchestra, Malcolm in Malcolm X at New York City Opera, Prince Yamadori in Madame Butterfly at Opera on the James, the cover of Dandini in La Cenerentola with Florida Grand Opera, Ariodante in Handel’s Xerxes and Demetrius in Britten’s A Midsummer Night’s Dream for the International Vocal Arts Institute, Papageno in Die Zauberflöte and a sensational international debut as Guglielmo in Così fan tutte, in both Germany and Israel.

A sought-after concert singer and recitalist, Mr. Outlaw made his Schwabacher Recital debut at the San Francisco Opera center with pianist John Churchwell and collaborates regularly with renowned pianists Warren Jones, Carol Wong, Steven Blier, and Michael Barrett. His concert and recital appearances include debuts of renowned works at major concert halls: Haydn’s The Creation and Handel’s Messiah at Carnegie Hall, Beethoven’s Symphony No. 9 at Avery Fisher Hall, Mahler’s Lieder eines Fahrenden Gesellen with Music Academy of the West and “Wednesday At One” at Alice Tully Hall, John Stevens in the world premiere concert of H. Leslie Adam’s opera Blake at the prestigious Schomburg Center for Research in Black Culture in Harlem, and the world premiere of Wayne Oquin’s A Time to Break Silence: Songs inspired by the Words and Writings of Martin Luther King, Jr., commissioned by The Juilliard School.