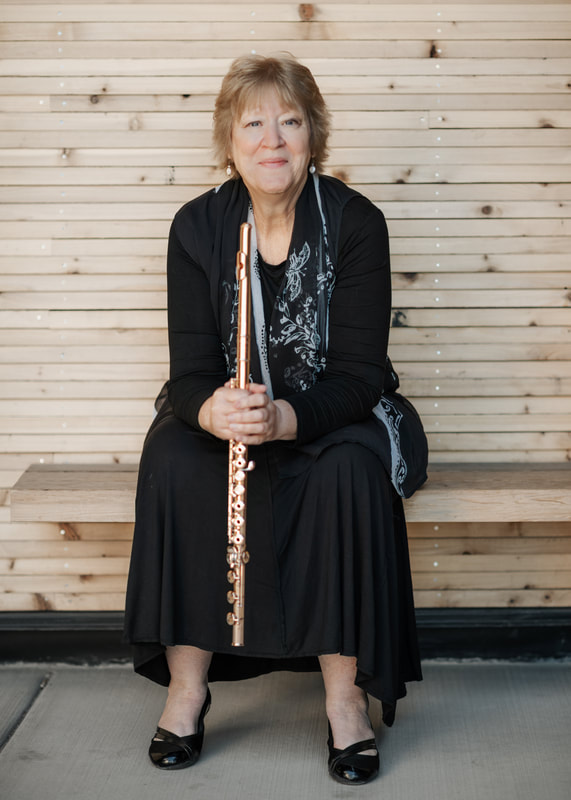 Sue Makeever is the principal flute of the Bozeman Symphony, the Intermountain Opera, and the Montana Ballet Orchestra. She retired as the principal flute of the Billings Symphony in 2017, after 22 years of employment. She is a member of many chamber groups, including the Yellowstone Chamber Players, and the Bozeman Far Afield ensembles. The highlight of her chamber music experience included a tour of Brazil, with the Kreutzer Trio, through a United States Department grant. Sue teaches part-time at Montana State University. Prior to moving to Montana, she was an Assistant Professor at the University of North Texas. She has taught at MSU - Billings, the Red Lodge Music Festival, Rushmore, Northwest, Illinois, and Northwestern Music Camps. Sue earned a Bachelor of Science Degree in Music Education from the University of Illinois, a Master of Music Performance from Northwestern University, and completed all her course work and recitals toward a Doctor of Music from Florida State University. She has studied with Geoffrey Gilbert, Walfrid Kujala, Charles DeLaney, Kenton Terry, and Jacob Berg. Sue has also had the privilege to attend master classes with James Galway, at the Royal Irish Conservatory in Dublin, Ireland, and Jean-Pierre Rampal, at the Academie d'Ete in Nice, France. Sue is married to retired MSU music professor, Jerry Makeever, and they have two talented children, Matthew and Megan.