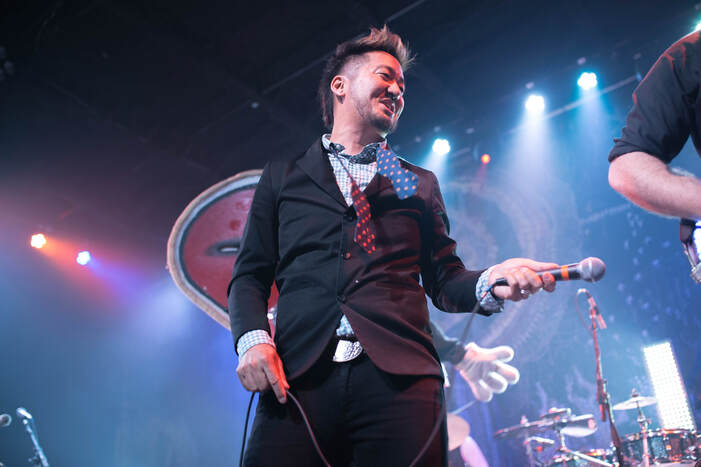 Kishi Bashi is the pseudonym of singer, multi-instrumentalist, and songwriter Kaoru Ishibashi. Born in Seattle, Washington, Ishibashi grew up in Norfolk, Virginia where both of his parents were professors at Old Dominion University. As a 1994 graduate of Matthew Fontaine Maury High School, he went on to study film scoring at Berklee College of Music before becoming a renowned violinist. Ishibashi has recorded and toured internationally as a violinist with diverse artists such as Regina Spektor, Sondre Lerche, and most recently, the Athens, Georgia-based indie rock band, of Montreal. He remains based in Athens.

Kishi Bashi is also the singer and founding member of the New York electronic rock outfit, Jupiter One. In 2011, he started to record and perform as a solo artist, opening for Sondre Lerche, Alexi Murdoch, and of Montreal. He supported of Montreal on their spring 2012 tour.

Shortly after Ishibashi debuted his full-length solo album "151a" on Indianapolis label Joyful Noise Recordings, NPR All Songs Considered host Bob Boilen listed Kishi Bashi as his favorite new artist of 2012 noting that he created "a radiant, uplifting soundscape" with
songs such as "Bright Whites."

Kishi Bashi has since been invited to play in major festivals such as SXSW and Austin City Limits and gone on an extensive US tour with supporting acts such as The Last Bison (from his native Hampton Roads, Virginia). In early 2013, Kishi Bashi held a North American tour
across the United States and Canada, continuing in EU and UK in spring 2013.

His latest album, Omoiyari (a Japanese word for the idea of creating compassion toward other people by thinking about them), was released in 2019. He is currently co-directing a feature length documentary of the same name about minority identity and the Incarceration
of Japanese Americans in WWII.

In 2020 Kishi Bashi scored the entire soundtrack for the touching Apple TV+ kids show “Stillwater” with composer Toby Chu, and released it as an album featuring 18 tracks of uplifting orchestral tunes.

His upcoming Emigrant EP, a very special companion piece to 'Omoiyari' will be out digitally on April 2nd and physically on May 21st. Arranged and recorded over the last year, 'Emigrant EP' serves as a time capsule of the 2020 condition and a continuation of the concepts explored in 'Omoiyari'.
WEBSITE 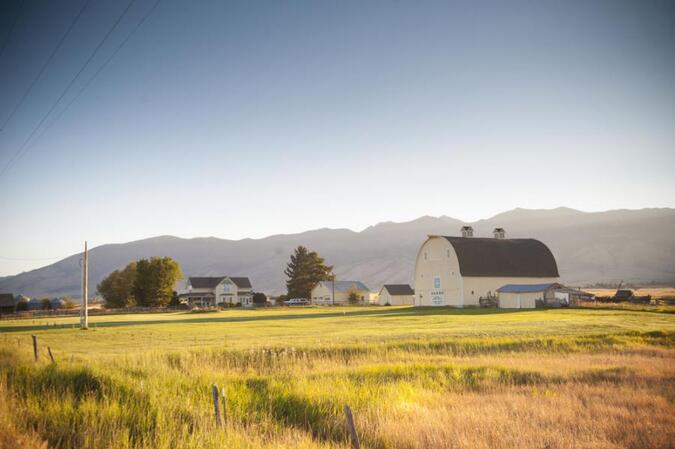 Stephen Simpson Inc. Photography
Built in 1917 for use with draft horses, the Big Yellow Barn is a local landmark. Situated seven miles north of Bozeman on Springhill Road, the barn is visible for miles.

While still sticking close to its agricultural roots, the barn has been renovated to be the perfect venue for your event—whether you want to take advantage of the warm sunshine on the west side of the barn, run in the green expanse or enjoy the majestic views of the Bridger Mountains.

The main indoor meeting area is the second floor of the barn. The area can comfortably seat over two hundred guests for a formal dinner and is perfect for dancing. The area also serves as an excellent retreat from the outdoors should the weather turn inclement.
​
Located just to the south of the barn, we have a brand new building featuring a heated and air-conditioned bridal changing suite with a private bathroom, multi-stall men's and women's restrooms, and an ADA-accessible family restroom.
WEBSITE