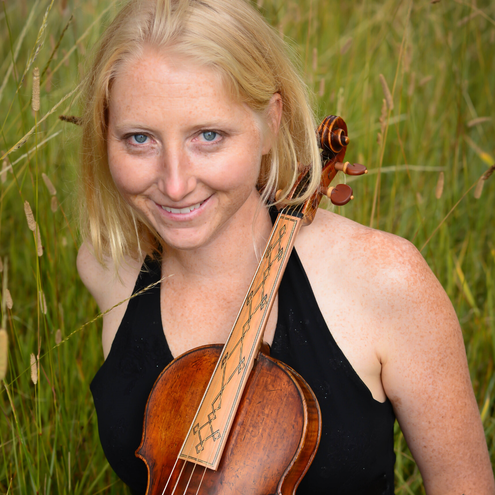 ​Carrie founded the I‐90 Collective, a baroque ensemble, which performs a house concert series across Montana and on series from Seattle to Syracuse. She also founded Baroque Music Montana, which presents a series of community concerts in southwest Montana and the Period Performance Workshop.
​
As a modern violinist, Carrie serves as concertmaster of the Bozeman Symphony. Carrie has performed as concerto soloist with the Fairbanks Symphony, Casper Symphony, National Repertory Orchestra, String Orchestra of the Rockies, and Bozeman Symphony. She has appeared as guest concertmaster of the Big Sky Festival Orchestra and Helena Symphony, and guest artistic director of String Orchestra of the Rockies. She was twice featured in the Grammy Award-winning TV series, 11th and Grant. She founded and directs the Second String Orchestra for amateur players and the Bozeman Chamber Ensembles for youth. Carrie maintains a studio of thirty-five students, including award winners at the MTNA and ASTA competitions.
​
Carrie received degrees from Carnegie Mellon under Andres Cardenes and a master’s degree from the Cleveland Institute of Music in violin performance and Suzuki Pedagogy, and recently graduated with a second master’s degree from The Juilliard School in Historical Performance. An avid adventurer, Carrie placed first in her age group in the Springfield Missouri Marathon, and second in her age group in the Old Gabe 50k Trail race.
WEBSITE