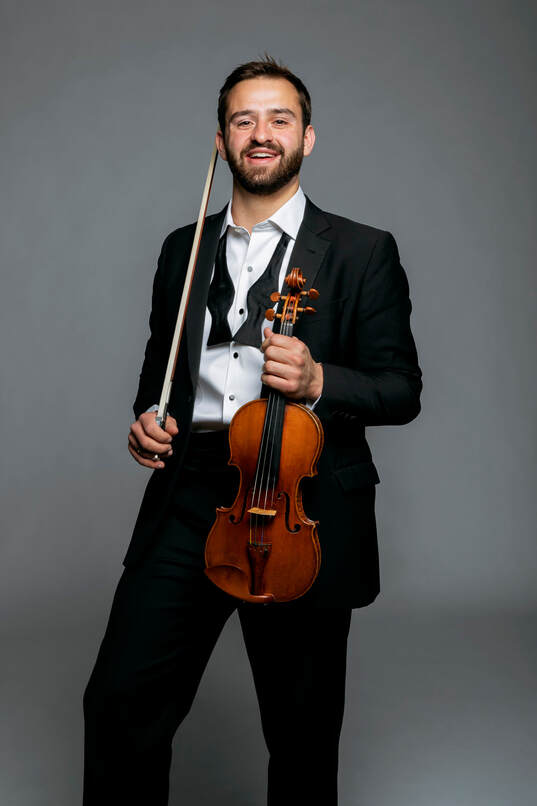 Photo Credit: Matt Clayton
​The riveting 27-year-old American violinist William Hagen was the third-prize winner of the 2015 Queen Elisabeth International Music Competition, one of the highest-ranking Americans ever in the prestigious competition. Already a seasoned international performer who has won friends around the world, William has been hailed as a “brilliant virtuoso…a standout” (The Dallas Morning News) with “an intellectual command of line and score, and just the right amount of power” (violinist.com). William performs on the 1732 ‘Arkwright Lady Rebecca Sylvan’ Stradivarius, on generous loan from the Rachel Barton Pine Foundation.

Hagen’s 2019-20 season features performances with the Sacramento and Savannah Philharmonics, the North Carolina and Omaha Symphonies, and Symphoria, with recitals for the Santa Fe Chamber Music Festival, Aspen Music Festival, and the Colburn School. In 2018-19 he performed under Carlos Kalmar, Peter Bay, Brett Mitchell, and Alexander Prior with the San Francisco Symphony; his 2017-18 season featured debuts with the Frankfurt Radio Orchestra conducted by Christoph Eschenbach and the Seattle Symphony directed by Pablo Rus Broseta, and return engagements with the Utah Symphony under the direction of Matthias Pintscher and the Fort Worth Symphony Orchestra led by Andrew Gourlay.

William has performed with conductor Nicolas McGegan both at the Aspen Music Festival and with the Pasadena Symphony, and made his debut with the Oregon Symphony under Carlos Kalmar, performed with the Brussels Chamber Orchestra in Beijing and at the Aspen Music Festival with conductor Ludovic Morlot, and played recitals in Paris, Brussels, and at the Ravinia Festival. Collaborations include those with Steven Isserlis at the Wigmore Hall, with Tabea Zimmermann at the Beethovenhaus in Bonn, with Gidon Kremer, Steven Isserlis, and Christian Tetzlaff in Germany, and in New York City with the Jupiter Chamber Players.