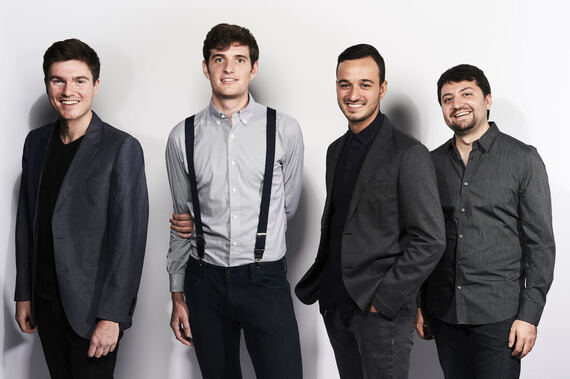 Described as “exhilarating” (The New York Times), and “virtuosic and utterly mesmerizing” (The Guardian), Sandbox Percussion (Ian Rosenbaum, Terry Sweeney, Victor Caccese and Jonny Allen) has established themselves as a leading proponent of this generation of contemporary percussion chamber music. Brought together by their love of chamber music and the simple joy of playing together, Sandbox Percussion captivates audiences with performances that are both visually and aurally stunning.

On September 3, 2021, Grammy-nominated composer Andy Akiho and Sandbox Percussion announced the release of Akiho’s “Seven Pillars,” a stunning, boundary-breaking audio and video collaboration for percussion quartet. The work consists of seven ensemble movements and one solo movement for each member of Sandbox, developed through multiple extended residencies at Avaloch Farm Music Institute. The full album streamed on all platforms September 24, 2021.

Performed by Sandbox, this evening-length work is the largest-scale chamber music work that Akiho has written and that Sandbox has commissioned. Akiho and Sandbox’s ongoing collaboration for “Seven Pillars” has spanned on and off for 8 years. It has been a labor of love between friends and towards the end of the project, Akiho and Sandbox expanded the collaborative circle.
​
Akiho and Sandbox Percussion commissioned 11 video artists to create original films for “Seven Pillars” – one film for each movement of the work. These collaborative videos encompass the worlds of dance, animation, experimental narrative film, time-lapse, and more.
“I’ve never taken on a project this ambitious – it’s nearly 80 minutes of music – but I was inspired by the collaborative relationship I have with Sandbox,” says Akiho. “We’re all close friends, we enjoy making music together, and there is freedom to experiment in that type of environment. The instrumentation includes traditional instruments such as vibraphone, glockenspiel, and marimba, with some found percussion sounds like glass bottles and metal pipes. Creatively, I wanted to limit the instrumentation in order to encourage the opportunity to find unique timbres and playing techniques on each instrument.”
WEBSITE
ANDY AKIHO, COMPOSER 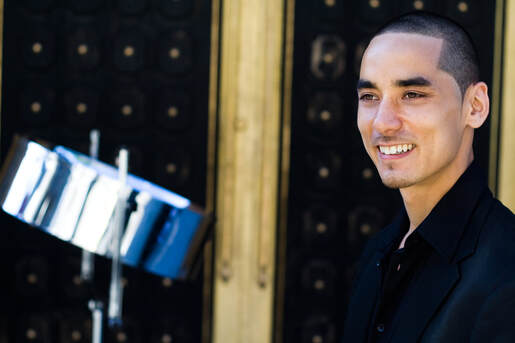 The 2021-2022 season features the NYC premiere of Akiho’s double GRAMMY nominated work Seven Pillars for Sandbox Percussion and the world-premiere of a new commission for Imani Winds. Equally at home writing chamber music and symphonies, Akiho is the Oregon Symphony Orchestra’s 2022-2023 composer-in-residence.

Akiho has been recognized with many prestigious awards and organizations including the Rome Prize, Lili Boulanger Memorial Prize, Harvard University Fromm Commission, Barlow Endowment, New Music USA, and Chamber Music America. His compositions have been featured by organizations such as Bang on a Can, American Composers Forum, The Intimacy of Creativity in Hong Kong, and the Heidelberg Festival.

An active steel pannist, Akiho has performed his works with the LA Philharmonic’s Green Umbrella Series, the Berlin Philharmonic’s Scharoun Ensemble, the International Drum Festival in Taiwan, and more. Akiho’s recordings No One To Know One and The War Below features brilliantly crafted compositions inspired by his primary instrument, the steel pan.

The physicality of playing that Akiho experiences as a steel pannist is an embedded aspect of his musical practice and naturally extends itself into his compositional output. Music making is inextricably linked to shared human experience for Akiho from inception to performance. Akiho’s compositional trajectory has been an untraditional one, he spent most of his 20s playing steel pan by ear in Trinidad and began composing at 28, and these social roots laid the foundation for his current practice. He can frequently be found composing into the wee hours of the morning at coffee shops, nightclubs, bars and restaurants, taking breaks to get to know those around him. Similarly, Akiho develops relationships with his collaborators as he writes for people, not instruments.

Akiho was born in 1979 in Columbia, SC, and is currently based in Portland, OR and New York City.
WEBSITE
MICHAEL JOSEPH McQUILKEN,
Stage Direction and Lighting Design 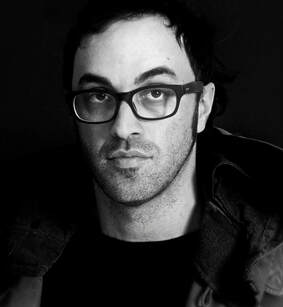 McQuilken originally hails from Portland, Oregon, where he was raised in a working-class home by social worker parents who were terrified that his artistic tendencies would leave him perpetually broke.  These fears were not allayed when 20-something Michael became a professional street performer for three years, making music with garbage.  Fortunately, he finagled a scholarship-fueled higher education, and now he is a not-quite-broke director, writer, filmmaker, and composer in Jersey City.  He holds degrees in directing and sound engineering, and has an amazing wife, Adina, who tolerates his restless creative tendencies that have taken over the majority of the space in their home. ​
Venue: The ELM
(506 N 7th Ave, Bozeman, MT 59715) // info@logjampresents.com ​ 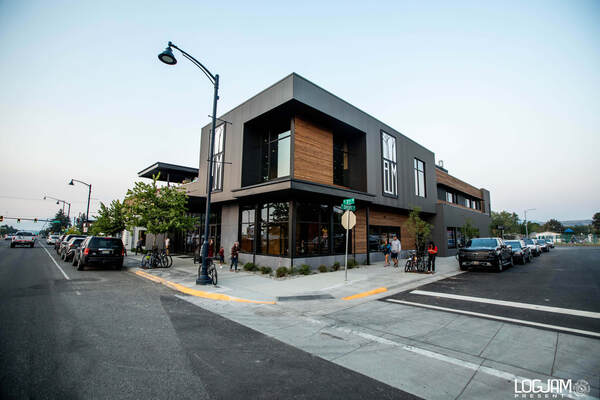 ​The ELM is a brand new 1,100 cap venue located on the corner of 7th & Short in the heart of Bozeman, Montana’s emerging midtown district. The venue was built by Montana-based entertainment company Logjam Presents in 2021.

Building The ELM from the ground up, Logjam has taken full advantage of designing a world-class venue that maximizes functionality through contemporary architecture. The ELM provides best-in-class sound and production, excellent sight lines and efficient customer circulation throughout the building.

Logjam has worked closely alongside sound technicians and architects to ensure that The ELM delivers a top-notch sonic experience through substantial investments in acoustic treatments. Similarly, each architectural component was designed in the context of great functional design to allow patrons to move freely throughout the venue, while creating safe and secure entry points and an efficient concession design.
​
From its contemporary architecture to best-in-class customer flow, to consistently great concertgoer view lines, to exceptional artist production, The ELM aims to be the best venue of its size in the Western US — all owned and operated by an independent Montana company.
WEBSITE