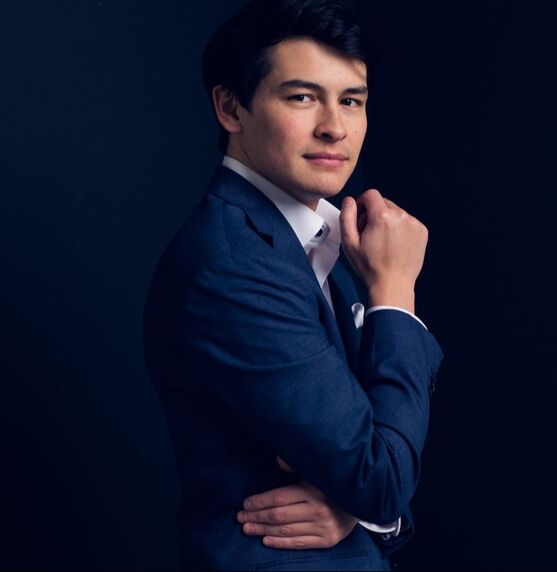 The Bozeman Symphony Board of Directors are pleased to announce internationally recognized conductor Norman Huynh has been appointed its new Music Director. Huynh was publicly announced the Bozeman Symphony’s new Music Director at a virtual event on June 8th via a live Zoom meeting hosted by Board of Director’s Chair Stephen Schachman and Executive Director Emily Paris-Martin held at Old Main Gallery.

Norman was selected out of six finalists following a year-long Music Director search throughout the 2019 – 2020 concert season. He was selected with the help of the Bozeman Symphony Board of Directors, an eight-person search committee, staff, musicians, and community participation.

Stephen Schachman said, “Norman’s talents coupled with our terrific Executive Director Emily Paris-Martin and our dynamic staff will ensure an exciting future for our community and our musicians. It would be remiss not to thank the search committee and our patrons who supported us during the search.”

Norman Huynh has established himself as a conductor with an ability to captivate an audience through a multitude of musical genres. Born in 1988, Norman is a first-generation Asian American and the first in his family to pursue classical music as a career. Along with his role as the Bozeman Symphony’s Music Director, he will continue as the Harold and Arlene Schnitzer Associate Conductor of the Oregon Symphony.

Norman is honored to be named the Bozeman Symphony’s new Music Director, and see’s the appointment as the beginning of an exciting adventure.  “I am inspired by Bozeman’s support of the arts, and the closeness of the community as a whole. Everyone that I met during my time in Bozeman, from baristas at coffee shops to The Last Wind Up, expressed a genuine interest in the Bozeman Symphony. I look forward to joining this community and creating musical experiences that continue to bring us closer together,” said Huynh.

He adds, “As I step into the role of Music Director, I am most excited about the potential of what we can accomplish together. I look forward to expanding our collaborative efforts and building lasting partnerships with other arts institutions in town. In the wake of current world events, I believe that the role of the Symphony is to reconnect us with each other, to facilitate healing and forward momentum through the language of music.”

Bozeman Symphony Concertmaster Carrie Krause is thrilled for the future of her fellow musicians and the entire Bozeman Symphony. She said, “Musically, Norman’s well-equipped to inspire and lead our orchestra to a new level of excellence through his musical passion, awareness of style, training at top-level institutions, adaptability, and deep dedication to the art of our craft.”

Norman is a recipient of the 2015 Yale Distinguished Music Educator Award for his work with the Portland (Maine) Symphony Orchestra’s Musical Explorer’s Program. As the Assistant Conductor of the PSO from 2013-2016, Norman visited over sixty schools across the state of Maine and co-founded Symphony & Spirits, a series of events for young professionals, between the ages of 21-39, to make the orchestra more accessible and engaging for a younger audience. ​

Enjoy our premiere video introducing you to our new Music Director, Norman Huynh. In the video, we share a look into Norman's life, his passion for music, and his journey to becoming the Bozeman Symphony Music Director.​
This video made possible in part by Sal and Carol Glenn Lalani. Conductor Ryan Tani recently completed his two-year tenure as the Orchestral Conducting Fellow for the Yale Philharmonia under Music Director Peter Oundjian, where he was the 2021 recipient of the Dean's Prize for artistic excellence in his graduating class. Committed to meaningful community music-making, Ryan has begun his tenure as Interim Conductor of the Bozeman Symphonic Choir. He frequently serves as Cover Conductor for the Colorado and Bozeman Symphonies and also serves on the faculty at the Montana State University School of Music.

Highlights of the 2022-2023 Season include appearances with the Colorado Symphony, Bozeman Symphony, Second String Orchestra, and Montana State University Symphony.

Ryan recently concluded his tenure as Music Director of the Occasional Symphony in Baltimore. A fierce advocate of new music, Ryan curated over 20 commissions from Baltimore-based composers during his four-year directorship of OS. As Resident Conductor of the New Music New Haven series, he has collaborated, under guidance of Aaron Jay Kernis, with Yale University composition students and faculty.
​
Ryan is also a graduate of the Peabody Institute where he studied conducting with Marin Alsop and Markand Thakar, and of the University of Southern California, where he studied voice with Gary Glaze. In 2015, he was declared the winner of the ACDA Undergraduate Student Conducting Competition at their national conference in Salt Lake City, Utah. In addition to his studies at Yale and Peabody, Ryan has also studied conducting with Larry Rachleff, Donald Schleicher, and Gerard Schwarz. Ryan currently resides in Bozeman, Montana, where he can be found outdoors on a trail run, or in the practice room with his violin.