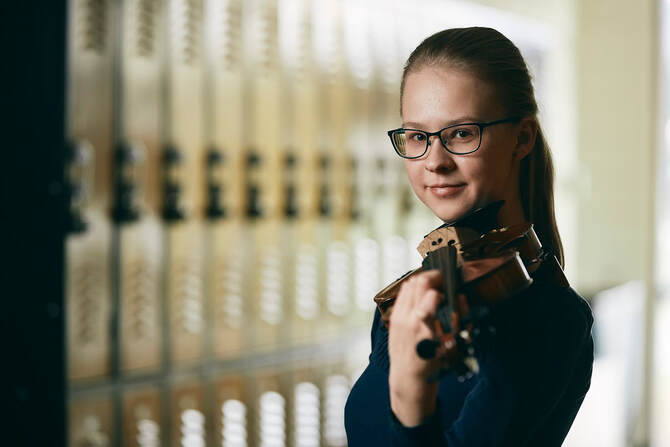 Photo Credit: Adrian Sanchez Gonzalez, MSU News Service
Athena Carson is a music student at Montana State University. She plays violin in the Bozeman Symphony and studies with Angella Ahn, and baroque violin with Carrie Krause. She studied composition with Dr. Greg Young while in high school and is currently studying with Eric Funk. Her accomplishments thus far include winning the state level and earning honorable mention in the regional level of the MTNA composition competition, 2019. Athena was commissioned to write a symphonic work (titled Anima Mundi) for the MSU symphony as part of NCUR 2020 (the premier was postponed due to COVID.)
​
Athena’s music is inspired in part by the Soviet Era composers Dmitri Shostakovich, Alfred Schnittke and Arvo Pärt. These composers dared to tell the truth in their music during a time when doing so was dangerous. This too is Athena’s most important objective in her music. She aims to be her most complete, most authentic self in her music and avoids half-truths. Athena’s music seeks to explore the most enduring elements of human existence, psychology and spirituality as a result of her inner world becoming more and more complex. Similar to Schnittke’s polystylism (combining many different styles), Athena has begun to explore interactions of seemingly opposite elements in her music such as heights and depths, light and dark, and sound and silence. 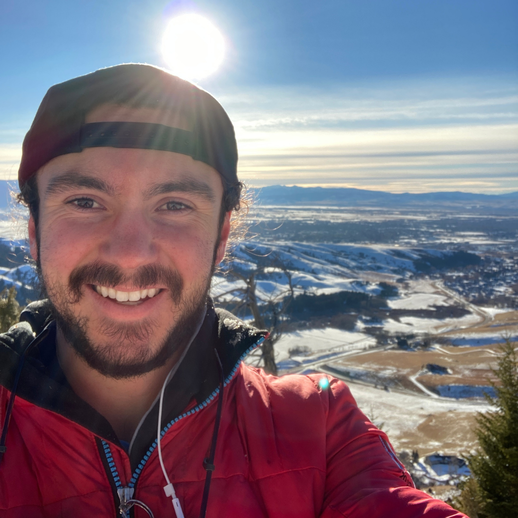 ​Max Clark is a Senior at Montana State University graduating in May with a dual degree in Music Technology and Business Marketing. Born and raised in Vail, Colorado, music has been a part of his life since he was a child. He began learning piano from his mom when he was 4 years old, and then shifted his focus to guitar after receiving his first electric guitar for his 9th birthday. It was around this time he began writing original songs, which he would perform at local talent shows during the summers. In high school, he started producing electronic music and competing in remix competitions, where he was able to win two competitions and finish third in another. He now focuses primarily on songwriting, recording, and producing music in the rock, country, and singer-songwriter genres, and is currently in the process of recording his first album of original music, which he expects to release in May of 2021. Through his time in the music program at Montana State University, he has greatly appreciated the opportunity to stretch his compositional skills and write for different genres and instruments. In addition to music, he enjoys spending time participating in outdoor activities such as whitewater kayaking, skiing, and hiking. 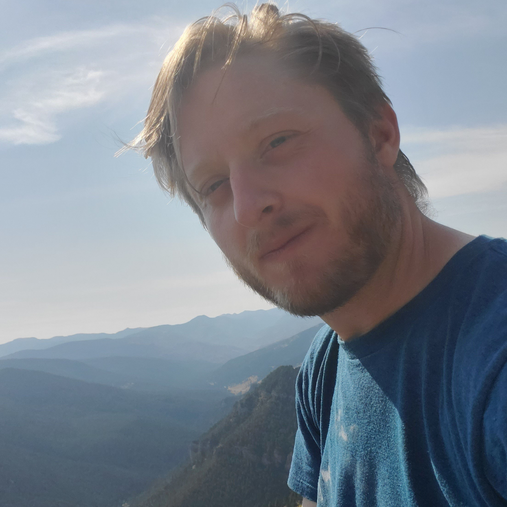 Jeremiah Warmbier is a 32-year-old senior Music Technology student attending Montana State University. He began his musical journey playing guitar when he was 15. It wasn’t until he was 28 that he decided to pursue music as a career with hopes to one-day score movies in the film industry. In the Fall of 2016, he took the first step by enrolling in Flathead Valley Community College in Kalispell, Montana, where he took general music classes, learned several instruments—voice, violin, piano, and bass—and furthered his guitar studies into classical studies. At FVCC, he fell in love with composing film-style music on the piano, which has become the main tool for composing. Jeremiah then transferred to MSU in the Fall of 2018 to study music technology with the idea to learn the skills needed to bring his musical ideas to fruition. So far during his career at MSU as a student, he has composed music for one student documentary, four student films, and a theme song for a local show airing on PBS. He will be graduating in the Fall of 2021.