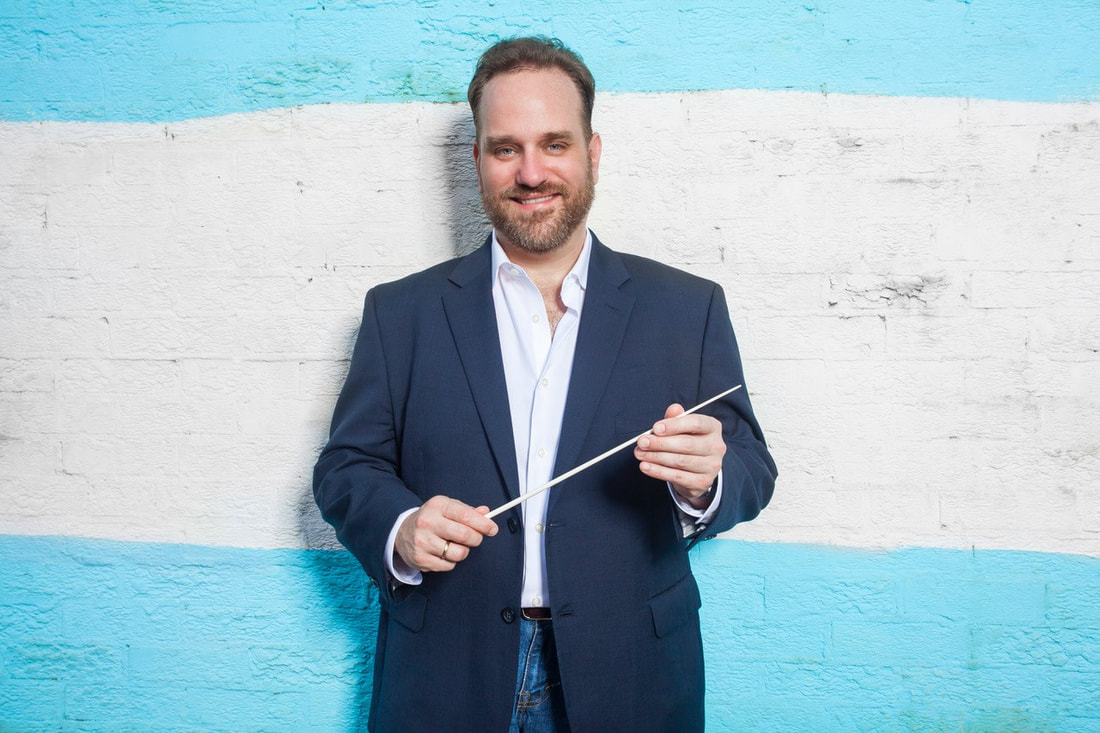 Stefan Sanders, conductor and arts advocate, cultivates cultures of artistic excellence, sustained growth and development, and meaningful engagement within the communities he is fortunate to serve. This year, Stefan embarks on his seventh season as the Music Director of the Central Texas Philharmonic, his third season as Music Director for the Fayetteville Symphony Orchestra in North Carolina and his second season as Music Director for the Spartanburg Philharmonic in South Carolina. Stefan will make debuts this season with the Bozeman Symphony in Montana and the Filharmonia Podkarpacka in Rzeszów, Poland. He will also make return engagements this season to the National Symphony Orchestra of Cuba in Havana, the Filharmonia Warminsko-Mazurska in Olsztyn, Poland, the Stockton Symphony, and several weeks as the cover/assistant conductor for the New York Philharmonic.

Stefan recently concluded a four year tenure with the Buffalo Philharmonic Orchestra. Appointed its Associate Conductor in 2014, Stefan was promoted to Resident Conductor in 2016. While with the BPO, Stefan lead over 200 performances on all of the orchestra’s series. Of note, Stefan began his professional career as a member of the BPO’s trombone section where he played from 1999-2007 before pursuing conducting full time. He also recently concluded a one year appointment as Principal Conductor for the Hot Springs Music Festival in Hot Springs, Arkansas 2018. Stefan was a featured conductor for the League of American Orchestras “Bruno Walter National Conductor Preview.” The prestigious conductor showcase is designed to feature talented young conductors poised for music directorships with American Orchestras and was hosted by Giancarlo Guerrero and the Nashville Symphony in May of 2016.

Prior to a career as a conductor, Stefan was an internationally renowned trombonist, having performed as a soloist in North America, Asia, and Europe. His performance of Eric Ewazen’s Concerto for Bass Trombone and Orchestra, with the Czech Philharmonic, can be heard on the
Albany Records label. As a trombonist, Stefan performed with several orchestras including the New York Philharmonic, Seattle Symphony Orchestra, the Florida Orchestra, and the Seattle Opera’s 2001 production of Wagner’s Ring Cycle.
​
Stefan was a fellow at the American Academy of Conducting at Aspen under the tutelage of maestros, Robert Spano, Larry Rachleff and Hugh Wolff. He is a graduate of the Juilliard School, the University of Texas at Austin, and the Interlochen Arts Academy. ​